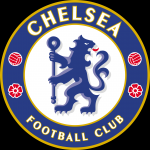 Founded in 1905, Chelsea Football Club has over a century of rich sporting heritage. The club competes in the Premier League, the highest tier of English football. The club is in the top 10 most valuable football clubs in the world and has seen significant success with a Honours list which includes six top division titles, eight FA Cups and one UEFA Champions League.

Chelsea have paved the way for a superior collection of hospitality, events and leisure facilities all at one venue. Boasting 25 function rooms and 60 syndicate rooms, alongside two hotels, a sports bar and grill, a music venue, the Chelsea FC Museum, megastore, ticket office and a luxury health club and spa all found at London's most complete venue, Stamford Bridge.